The reasons why the motor does not show signs of life are many, and sometimes one problem pulls another, and it is immediately difficult to figure out why the car turned into real estate. We will analyze the most common reasons without going into nuances.

A starter is a small electric motor that transmits to the crankshaft the torque needed to ignite the fuel.

If nothing happens after turning the key (or pressing the engine start button) or uncharacteristic clicks are heard, then most likely the problem is in the starter. Sometimes it starts to work only after several unsuccessful attempts to turn the key, or it turns the engine very slowly, although the battery is charged.

The reasons for which the car does not start in this case can be different: from wear on the brushes of the alternator or its bearings to oxidized contacts and shorting the wiring. On the spot, you can only check the contacts from the battery, and the battery itself – maybe it is out of order. The rest is best left to specialists. The cost of repairs depends on what happened to the starter. Maybe it can be repaired or have to be replaced entirely.

In a nutshell, the alternator is a device that turns part of the engine’s energy into accumulated battery power. A faulty alternator does not charge (or not charge enough) a battery that does not have enough charge to start the starter. The old battery does not hold well, and discharges quickly, especially in the cold. Usually the problem is in one thing.

The battery can be discharged “to zero” and then the starter will not spin, and the instrument panel will not turn on. If there is still voltage, the car will warn you about a discharged battery with an icon on the instrument panel. A car can start up after it has been jump started by another, but you will feel that the alternator charges the battery half the power and also, there is no energy again after parking.

If the alternator breaks, then the only way is to service. By the way, check the generator belt if you know where it is located. Perhaps the problem is in it. If you see that it was broken, order a tow truck. In modern engines, the cooling system works on this belt and the engine can be overheated if you go under battery power. You can replace the old battery yourself by first checking the reliability of the contacts on the terminals and the line of wires from the alternator to the battery.

The engine may not start because of sediments on spark plugs, due to which they work incorrectly or do not give a spark at all. This usually happens due to poor quality fuel. More options: wear on the electrode or plug connector.

The fuel pump may be faulty – burned out or problems with its wiring. By itself, this device breaks rarely. This often happens because of the habit of pouring a minimum into the tank. Fuel pumps quite often are cooled, “swimming” in the fuel, and if it is not enough, then they overheat and work for wear.

Another reason: the fuel hose is damaged. In this case, the car usually smells of fuel. Sometimes the fuel filter is very clogged, which ceases to be a filter element and turns into a plug.

The electronic engine control unit may be faulty – because of this, the engine cannot be started. Often this happens when the ECU box is in corrosion and the contacts on the circuit board inside are damaged. In some car models, the control unit is structurally unsuccessfully located. It begins to rust after a couple of years of operation, and then problems begin with the engine starting. The only way to help the car is to take it to a service for inspection. Also the problems with the alarm system may be added here, which can block the car due to some kind of error.

As the car is a complex device consisting of many elements, there can be a great many weak points.

We list other possible problems due to which the car engine may not start:

Why Car Doesn’t Start in Winter?

In winter, all the weak points of the car come out. Sometimes you have to find out about breakdowns in the morning near a cold car. Here are some reasons why it won’t start to save you time.

The Battery Has Run Out

The starter turns slowly or the car shows no signs of life at all. This is one of the most common problems starting an engine in winter. In winter, old batteries discharges faster. Especially if there are sources of consumption in the circuit of the car in the form of an anti-theft system or a car stereo system. Replace the battery with a new one and with bigger capacity – it will not harm. The main thing is that the battery is the same size. When the battery has run out, the quick way to solve the problem is to jump start your car from the another car’s battery. To make yourself ready for situations like this, the emergency kit with jumper cables included has the value to be present onboard.

This happens if the car is diesel. Special additives in diesel fuel do not allow it to freeze at low temperatures, but these additives do not always work as needed, and sometimes the owners themselves forget that winter has come. The performance of the fuel system may be impaired due to frozen water in it from low-quality fuel. Evacuation to a warm place usually helps to solve the problem.

In winter, spark plugs often fail. There is only one way out – it’s better to change them as a kit.

Note: Always use engine oils, that corresponds your owner’s manual and suitable directly for your car

In the cold, many engine oils have the unpleasant property of thickening, then the starter can not crank out the viscous mass. In case of frost, pour seasonal engine oil with a viscosity of 0W or 5W, and also look for reviews of real car owners about the engine oil that they use in the cold. Reviews are more important than labels. 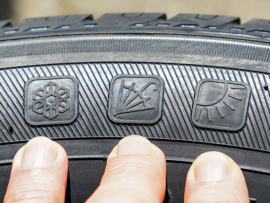 Best All Season Tires in 2021 (Review and Buyer’s Guide) 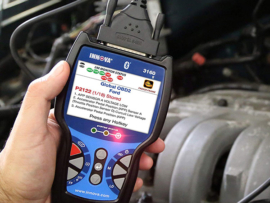 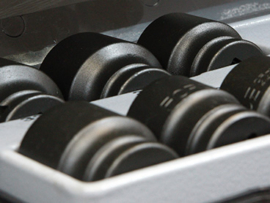 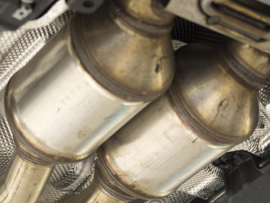 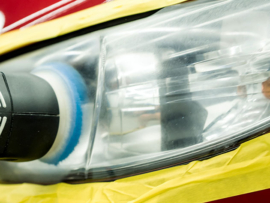 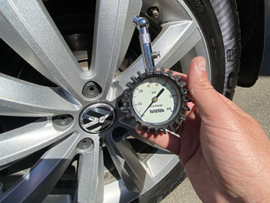 The Best Impact Wrenches In 2021: All You Need To Know

The Best Foam Cannons For Detailing: All You Need To Know