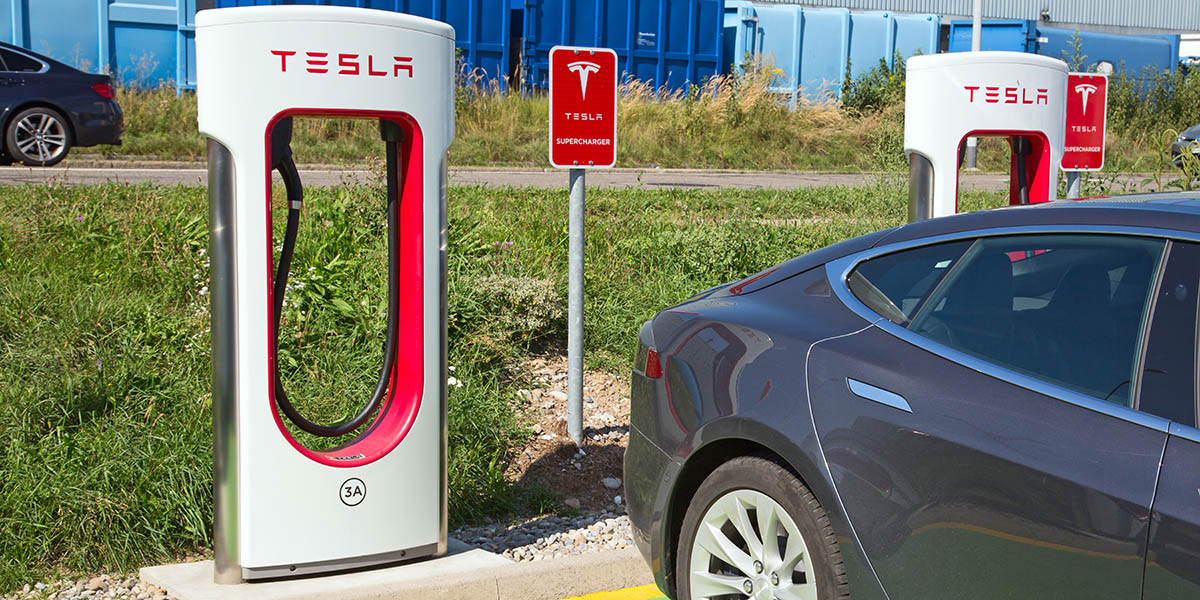 It’s no secret that the Tesla Model 3 is the most energy-efficient electric vehicle (EV) on the road at the moment. But even Teslas have to be charged sometimes – which raises many questions for those not yet familiar with the new world of EVs. How often do you have to charge a Tesla; how much should you charge; how much can you expect to pay to charge; how far can you travel on a charge, and what would this work out to as a running cost in cents/mile?

Firstly, let’s start by saying that there’s no fixed answer to any of these questions. That’s why organizations, such as the EPA, quote figures based on standardized tests that try to replicate real-world driving conditions – obviously an impossible task, but still handy when comparing different vehicles. So, instead of quoting definitive values, let’s rather look at what influences the numbers and what a Tesla owner might reasonably expect to see.

Concerns Regarding EVs in General, and Tesla in Particular

Pick any customer-facing survey and you’ll be told that consumers haven’t yet accepted EVs en mass for four reasons – some real, some perceived:

Note: The main concern regarding any EV for now – is the time needed to get it charged.

So, it’s quite clear issues related to charging weigh heavily on consumers’ minds when considering whether to purchase any EV and in particular a Tesla. So, let’s discuss the main concerns in a little more detail, and see where we stand with them.

Two Questions About Charging a Tesla, Customers Raise Most Often

With the large-scale adoption of its vehicles, Tesla has had to develop a charging infrastructure and technologies to support its products. Having accomplished this, the company is in a position to offer up many answers to questions other manufacturers, and their customers will soon be facing.

1. How often do you need to charge a Tesla battery pack?

The answer to this question is reliant on several factors, notably:

What mileage do you cover? Obviously, the higher the mileage the more often you’ll need to charge the battery? For instance: The EPA rates the Model 3’s energy consumption at 15kWh per 100 km, thus a 75kWh battery pack should return about 500 km or 310 miles.

Tesla quotes the following mileage for the Model 3 lineup:

The Model 3 is officially the most energy-efficient passenger vehicle sold in the United States, with the Standard Range Plus achieving 141 MPGe combined (148 MPGe city, and 132 MPGe highway).

What are the driving conditions? Frequent bouts of hard acceleration, or covering long distances at constant throttle are not optimum for energy recovery, resulting in more frequent charging. On the other hand, real-world driving often produces better mileage than the standardized tests forecast. So compared to the EPA range quoted above, a real-world test by German motoring site “Motor1” returned an energy consumption of just 11.9kWh per 100 km, while averaging city and highway driving, and including a hill climb and long-distance “energy-saving test”.  This resulted in a range of 630 km, or 391 miles – 80 miles more than quoted by the EPA.

What is the ambient operating temperature? Li-ion batteries do not perform well in temperatures under about 32 degrees Fahrenheit. At colder temperatures owners also engage energy-sapping cabin heating. A Tesla owner in Michigan measured an increase in power consumption from 235 Wh/mile to 408 Wh/mile while driving at 79 mph with an ambient temperature of -10°F. With around 75 percent charge remaining, the predicted range dropped to a mere 140 miles – less than half of what it could have achieved at higher temperatures.

What is the SoC (State of Charge) of the battery? The range is generally quoted with the battery being discharged from 100 percent down to a level of reserve that varies by manufacturer. For daily use, it’s best to charge a Tesla up to about 90 percent. As for an “empty” battery; a recent Tweet by Tesla CEO, Elon Musk, indicates that Teslas have 5 To 15 miles of reserve after the battery indicates fully depleted.

So, now that you have an idea how often you’re likely to need to charge a Tesla we should take a look at how long you can expect to be plugged into a charger.

2. How long should it take to charge a Tesla?

While the concept of charging a battery is quite simple – replenish the depleted power – in practice, there are several dynamics that impact how quickly this can be accomplished:

We’ve already discussed the influence of the SoC of the battery pack on EV charging, so in the next section, we’ll focus on the impact the size of the battery has on charging, as well as how different types of chargers influence the time to charge.

The size of the battery pack plays a significant role in the time it takes to charge. By virtue of their reduced capacity, smaller batteries are always going to achieve a higher percentage of their rated capacity at any given time. This does not, however, equate to a superior range per unit of time.

How does the type of charger impact the time to charge? Chargers are primarily classified by their power output and voltage, which govern the time it takes to charge an EV:

According to Tesla, this is how long you can expect to spend charging your vehicle:

And finally, with so much hype around the reduced operating and maintenance costs to run an EV, what are you likely to spend on your Tesla.

What Is The Cost Per Mile When Pay to Charge a Tesla?

Obviously, besides the cost of the charging equipment, the electricity cost to charge can vary quite significantly, depending on the utility and power consumed during the event. So, if you live in California where your average cost per kWh is $0.20, ‘filling’ up the 75 kWh battery on a Long-Range Model 3 or Model Y from 10 kWh to 70 kWh, would cost $12.00.

Interestingly, a financial magazine, Forbes, claims the Model 3 costs about half of what it does to run a similarly sized fossil-fueled car like the Honda Accord. Based on 45 percent highway, 55 percent city driving and 15,000 annual miles, the annual comparative ‘fuel’ costs in September 2020 would were:

However, according to the motoring magazine “Car and Driver”, using the national residential average electricity cost of 13.6 cents per kilowatt-hour and a Model 3’s rated consumption of 84 MPGe, their test-vehicle cost just over $1300 during its first 24,000 miles, or 5.5 cents per mile.

Charging exclusively from Superchargers, on the other hand, would have pushed the price up to 26 cents/kWh, equating to a fuel price of $8.76 per gallon. This would drive the average cost up to just over $2500 or 10.4 cents per mile, which would almost match the 10.7-cent average of their long-term 382-hp turbocharged M340i BMW test car.

While this might seem like a lot of information to digest, once you start driving your Tesla, charging it will soon become second nature. 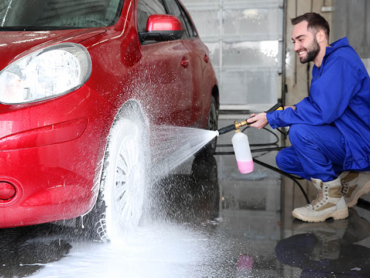 The Best Foam Cannons For Detailing: All You Need To Know 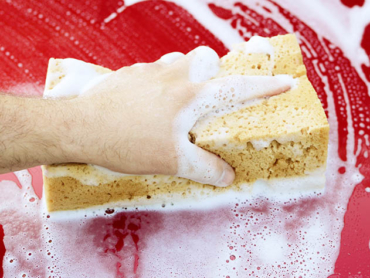 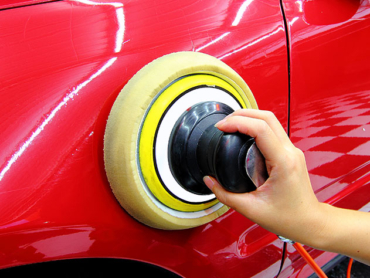 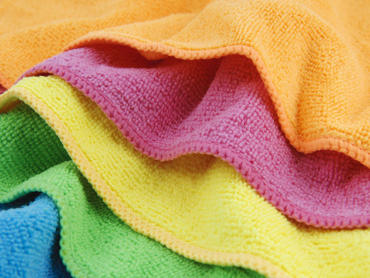 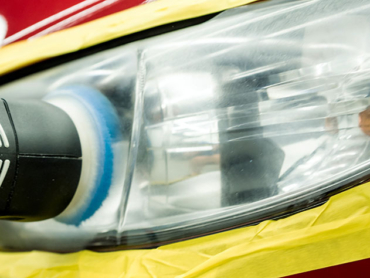 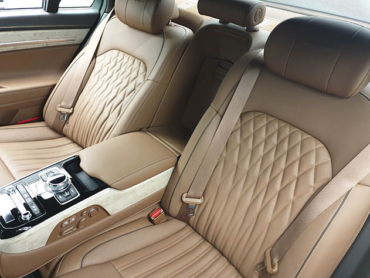