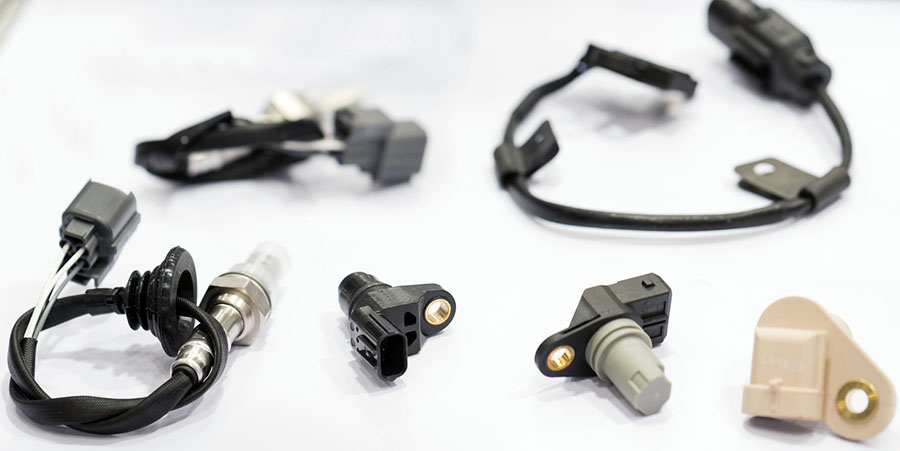 The history of internal combustion engines includes a number of upgrades to increase reliability and resiliency. This is forced water cooling, and the engine lubrication system, and correct fuel injection, and much more. Sensors are used to monitor the operation of each of the systems. They allow you to anticipate a problem in the early stages of its occurrence and quickly make decisions based on this data.

If the engine does not start, the car will not run. Engine sensors can be distinguished from all vehicle sensors. There they are the most and they are the most critical. Interestingly, more than 300 sensors are used in the 2018 Formula 1 car. Since there are a lot of them not only in sports cars, but also in general-purpose cars, we decided to highlight 10 main engine sensors in case of problems with which normal engine operation is impossible. Their unstable operation or failure leads to symptoms that can be safely called classic problems with the engine of any car. That is why it is worth knowing what are the causes of such common problems with the car. 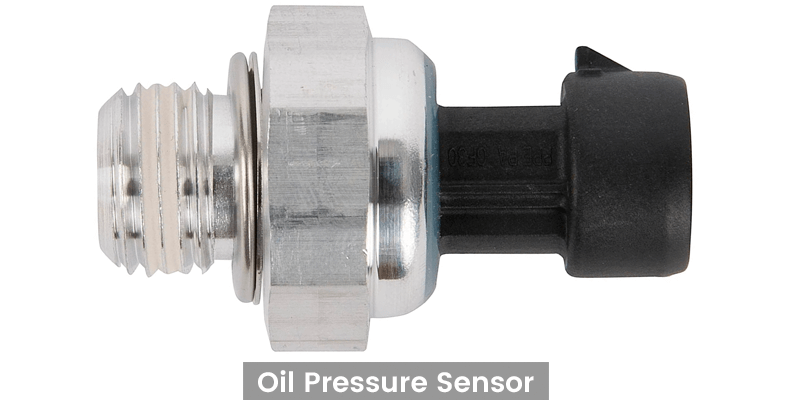 Signs of problems with the engine oil pressure sensors are related to the engine oil pressure and/or oil level indication. Problems are most often caused by faulty wiring, broken wires, and damaged insulation. To check the sensor, you must first remove it from the engine. Also make sure you have a multimeter and an air compressor before starting the test. These will be needed for the test.

Regardless of the type of oil pressure sensor, it is usually located near the oil filter under the hood of the car. They are quite reliable devices, but older models of sensors of the mechanical type break down more often than electronic ones, because they have moving parts.

NOTE: If there is a problem with the oil pressure sensor, it is necessary to diagnose as soon as possible, because the oil level in the engine must be at a sufficient value at all times! 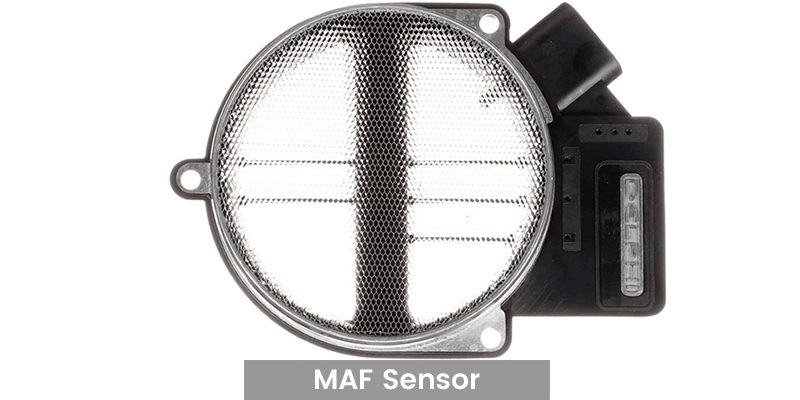 This sensor measures the amount of air drawn in by the engine. Based on the data from the sensor, the engine control unit automatically adjusts the amount of fuel injected into the combustion chamber, which mixes with oxygen. Look out more details about MAF sensors from our article.

The principle of operation and design is simple, so these sensors fail quite rarely. But it is worth noting that cases of incorrect information readout by the sensor and its reflection are much more frequent.

If the readings from it are overstated by 10-20%, there are problems in the engine operation. For example, the idling speed becomes unstable, the engine may not start well and tends to stop. If the values of readings from the sensor are lower than they actually are, the car does not accelerate and weakly goes uphill, losing traction. Also, in this case, fuel consumption increases.

The correct work of the air mass flow sensor depends on the condition of the air filter. So, if the latter is very clogged, there is a risk of getting debris elements on the sensor. 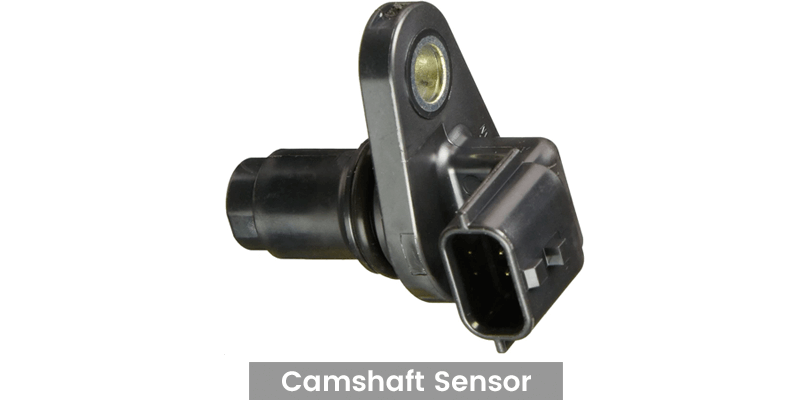 This sensor is located at the bottom of the engine block and synchronizes the operation of the engine injectors and the ignition system. If it is completely defective, the engine may not start at all, and if it is not working properly – it may be unstable.

It is interesting that this sensor was not installed on older cars (approximately before 2000 year production) with injector engines. Fuel injection was not economical, from two injectors at once. On modern engines with camshaft position sensors, injection is performed only from the injector which is needed at a given moment. 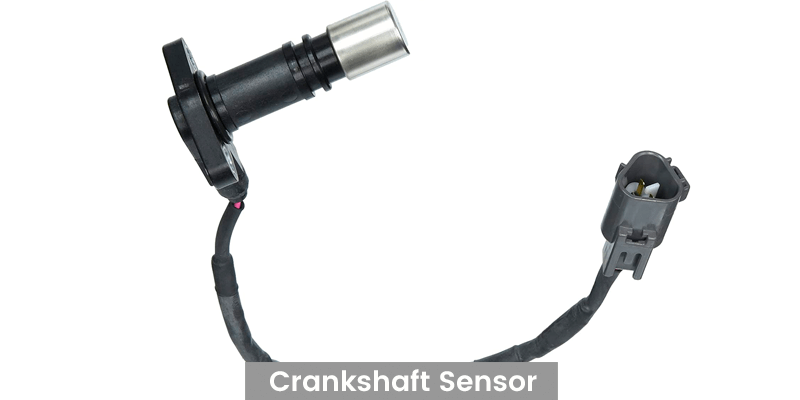 The engine control unit (ECU) uses the signal from this sensor to control the fuel injection and ignition sequence. For more details see this article on our website. 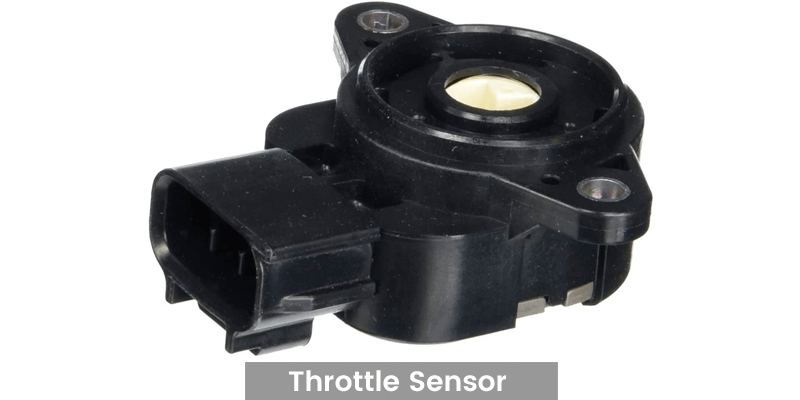 This sensor is mounted on the throttle valve and is needed to measure the opening degree of it. The engine RPM regulation is performed with signals to the engine control unit from the throttle sensor. Therefore, when it malfunctions, normal gas pedal actuation may lead to unstable engine operation. Jerks and lags may occur when the engine is working under load. A typical feature of the engine throttle sensor failure appears when the engine is running under steady load and driving on a flat road. In this mode the engine RPM may vary significantly, while the accelerator pedal is at the same position.

Usually, the ECU will notify about the abnormal operation of the throttle sensor by the “Check Engine” light on the dashboard. You can check this sensor with a multimeter, in constant voltage measurement mode up to 5 volts. Although the sensors of this type are durable devices, if they malfunction, you only need to replace them with a new one. 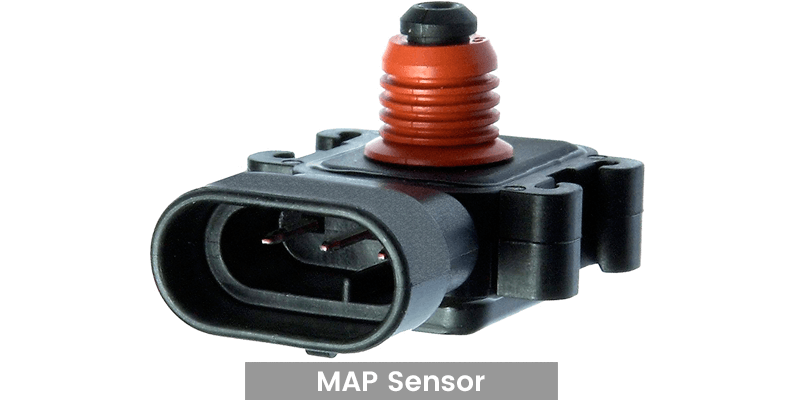 The goal of this sensor is to determine changes in pressure in the intake manifold depending on the loadness and crankshaft RPM. The MAP sensor transmits the measurements to the ECU. The data from the sensor comes in the form of an electrical signal and is needed to control the fuel supply to the combustion chambers, as well as the ignition timing angle.

If the MAP sensor begins going out, it affects the fuel mixture content. It becomes too rich, or too lean. This is the reason why normal engine control is not possible and the engine idle RPM will vary, its power may be reduced, it will stall or not start normally again. If there is a problem with the MAP sensor, there is usually also an increased fuel consumption. 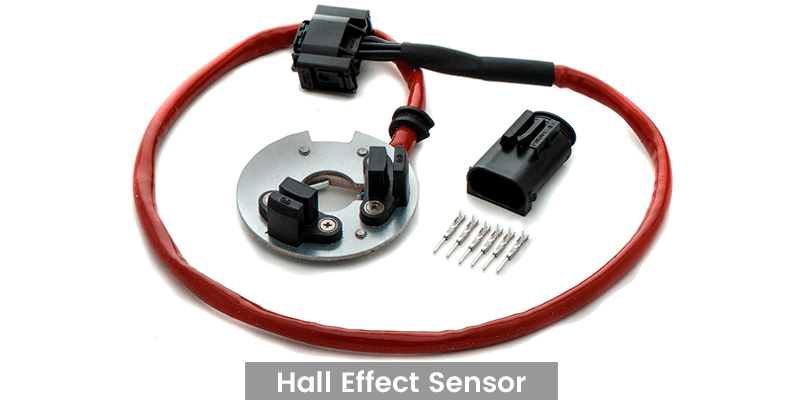 Hall sensor is a special type of sensor, it is widely used in auto mechanics. It is often used in ignition systems, braking systems, or when the tachometer is operating. The peculiarity of this type of sensor is its non-contact principle of operation when working with an electrician.

How does such a sensor behave in the event of a breakdown? If the Hall sensor located in the electronic ignition system fails, the following external signs of this breakdown occur: 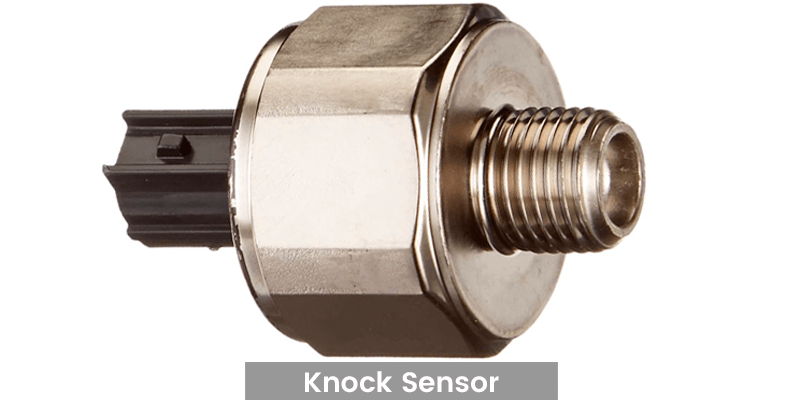 This sensor is essential for proper engine operation, although someone is trying to disable it. Its role is to record the detonation effect in time and transmit a signal about this to the on-board computer to correct the ignition timing. In more detail, we talk in this article about the knock sensor and how it protects the engine from major repairs.

What are the signs of a knock sensor problem? Due to sensor malfunction, ignition will be incorrect. This will include high fuel consumption, reduced power, difficult starting and rough engine operation. But the main thing is that the detonation of the engine will be felt, the signal of which is not monitored. 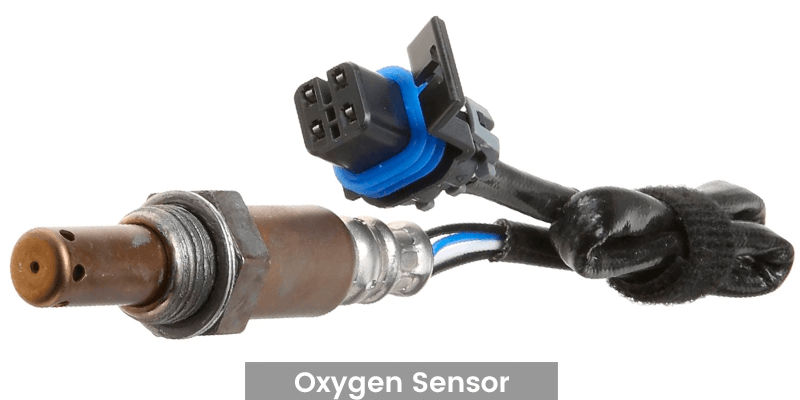 The oxygen content is measured in the exhaust gas. It indicates the completeness of the combustion of the fuel mixture. If oxygen remains in the exhaust, the combustion of the fuel is not optimal. This sensor works in conjunction with other sensors in the engine to adjust fuel and air supply, ignition timing. More details about how the oxygen sensor works on our website.

What are the signs that the oxygen sensor has started to fail? It is incredibly difficult to say right away that problems with this particular sensor have begun. The hallmark is increased fuel consumption and reduced engine power. In general, the symptoms will be very similar to problems with other sensors, and in order to determine what exactly interferes with normal operation, you need to scan for engine errors for an accurate answer. 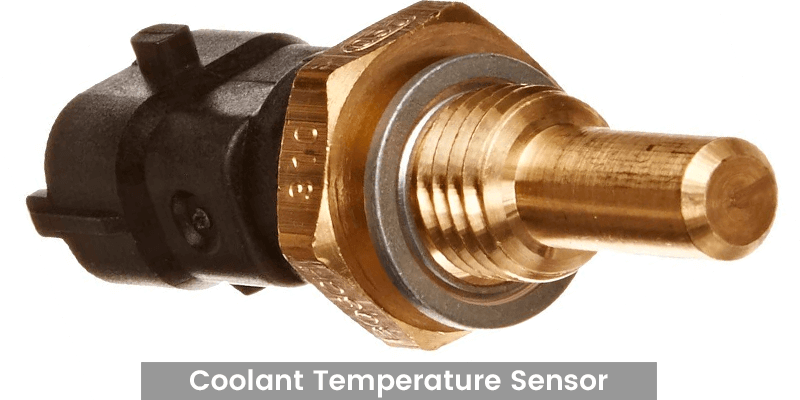 The sensor is located on the cylinder head and starts the process of forced cooling of the engine. But it is also very important for the preparation of the fuel-air mixture and the regulation of the ignition angle for 100% fuel combustion. When the coolant temperature sensor is defective, a light on the dashboard comes on. A malfunction indicates overheating of the coolant, but it is also worth remembering about its possible leakage, which will also lead to the operation of the light on the dashboard and an increase in the readings on the device displaying its temperature on it.

It is the information about the coolant temperature on the dashboard that allows you to notice engine overheating and other problems in time. The temperature sensor is in direct contact with the coolant and transmits readings to the engine control unit. The readings on the engine dashboard depend on how good it is. If you notice a rise in temperature on it, visually check the coolant level in the expansion tank under the hood of the car. If the level is sufficient, then the sensor may malfunction, or problems with the passage of the elements of the cooling system, their blockage, requiring diagnostics and subsequent flushing of the system.

NOTE: All the operations with coolant level checking must be provided after the engine stop and also you need to be careful with touching coolant system components when the engine is hot.

Over time, new sensors appear in cars that make life easier for the car owner and report important malfunctions in the car. However, the most important sensors are still those that affect key vehicle functions. Today it is impossible to imagine a modern car without these sensors. 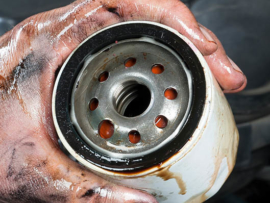 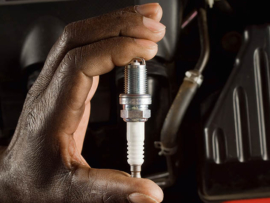 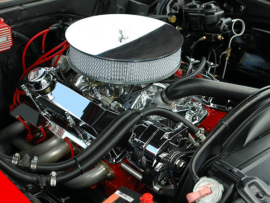 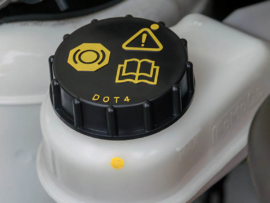 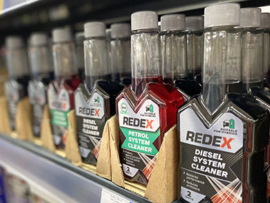 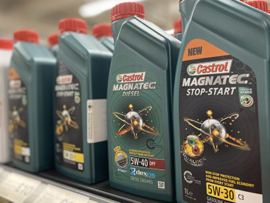